Trip to Cadiz and Gran Canaria 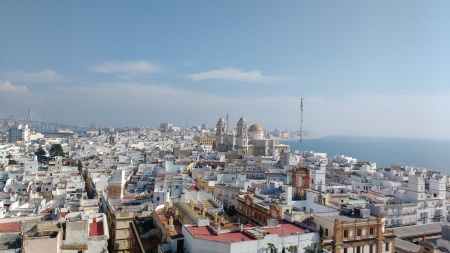 Looking at my blog, the last post was quite a while ago, about 3 months in fact. A lot has happened in between, however I’m now hoping to get back to writing on a more regular basis particularly as quite a few interesting topics have cropped up.

To start with, and something that conjures up pleasant memories, a 2 week trip to Spain in late Feb/March this year. Southern Spain was chosen as it seemed to be the best bet for good weather and we decided on a twin centre trip (Cadiz and Gran Canaria).

We flew from Bristol to Malaga and then drove along the coast to Cadiz which we assumed would be out of season and somewhat sleepy. The route we took meant that we arrved in Cadiz via the imposing La Pepa Bridge (see picture below).

To our surprise it was actually the last day of Cadiz Carnival so the town was jam-packed (the decision of where and what to do was fairly last-minute so we had little time to research). 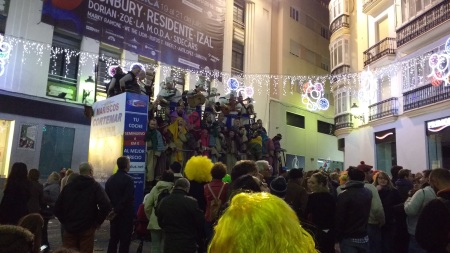 One of the Cadiz Carnival singing groups

The only real drawback of the timing was that after the exuberance of the Carnival, most of the restaurants were closed in the evenings whilst we were there (to compensate for the long hours of the previous week).

Here’s a selection of photos:

Typical street in the Old Town

From the Puppet Museum

General impression of Cadiz: delightful city, great to wander around and quite varied. Good place to make some excursions, such as visiting Jerez de la Frontera, by car or train, which we unfortunately had no time for.

At the end of the stay we drove back to Malaga to get a flight to Las Palmas, the capital of Gran Canaria. We started in Maspalomas in the south but the area wasn’t to our liking, being too crowded and touristy.

Leaving Maspalomas, we drove to the north west in the vicinity of Sardina. The apartment we’d booked was right on the coast with impressive views (see photos below). We took walks in the local area plus visited the nearby towns of Puerto de las Nieves, Agaete and Galdar. 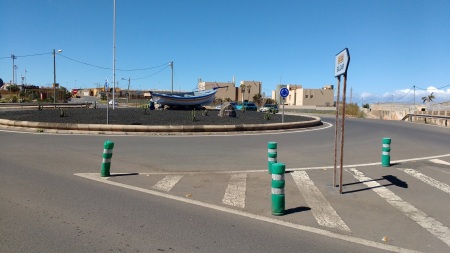 View of the coast from the apartment balcony 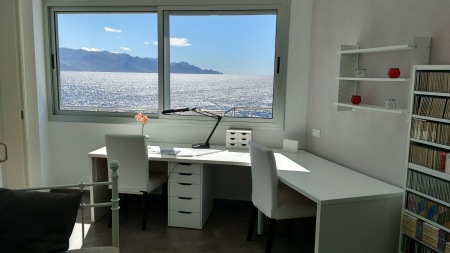 View from the study (what a place to work from!) 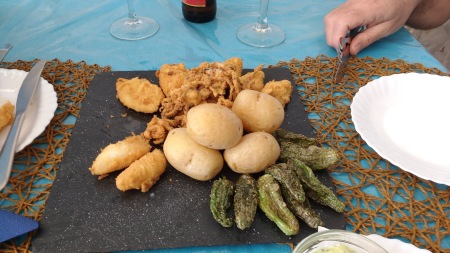 View from Mirador, towards Agaete and the coast

A bar in Agaete, still celebrating the local Carnival

We had Storm Emma for a day or two, howling winds, spray everywhere and the sound of nearby crashing waves.

Moving to Las Palmas, we stayed just outside and explored the city centre plus surrounding inland areas. 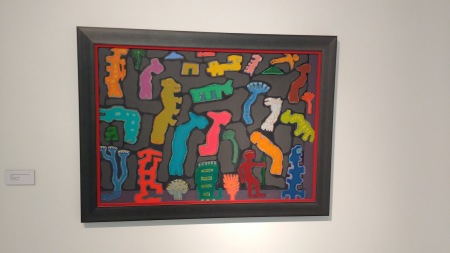 Exhibit at the Modern Art Museum 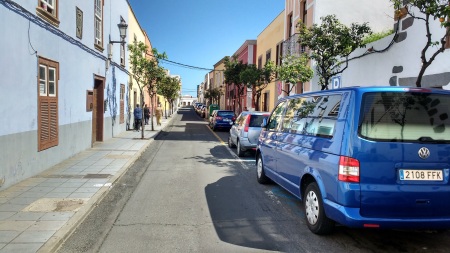 Typical street in nearby Telde

General impression of Gran Canaria: I really liked Gran Canaria when you were able escape the very busy touristy areas. The bewildering road systems in the main towns, presumably due to rapid expansion, are not for the faint-hearted.

This entry was posted on Monday, April 23rd, 2018 at 10:39 am and is filed under Events, Miscellaneous. You can follow any responses to this entry through the RSS 2.0 feed. You can leave a response, or trackback from your own site.